NJCTS > Webinars > Understanding and Dealing with Children Who Refuse or Avoid Going to School: A Cognitive-Behavioral Approach

Understanding and Dealing with Children Who Refuse or Avoid Going to School: A Cognitive-Behavioral Approach 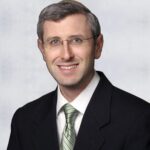 Almost every child puts up a fuss about going to school at one point or another. But for some youth, refusing to go to school or attending with intense discomfort, collectively referred to as school refusal behavior, happens with great frequency. School refusal causes significant interference in a child’s ability to learn and generates stress for parents and school personnel trying to help. This workshop will present an overview of school refusal behavior, including a discussion about why children avoid school and research-supported strategies to increase attendance. Topics such as treatment using cognitive behavior therapy, developing school-based accommodations, and the importance of collaboration between parents and school staff will also be reviewed. This workshop is designed for parents and professionals interested in learning more about children who avoid going to school and how they can be more effective in providing proper supports.

Meir Flancbaum, Psy.D., is a clinical psychologist and director of the Center for Cognitive Behavior Therapy in East Brunswick, NJ, where he provides therapy, school-based consultation services, and professional development workshops focusing on the evaluation and treatment of children and adolescents with a variety of social, emotional, and behavioral difficulties. Dr. Flancbaum has a specialization in the assessment and treatment of Tourette syndrome, trichotillomania (hair pulling), skin picking, and related conditions such as OCD, ADHD, and the range of anxiety disorders. He also has a specific interest in school phobia/refusal and behavioral parent training. He has consulted to several schools and organizations in New Jersey and New York, where he has conducted functional behavioral assessments (FBAs), developed behavior intervention plans, and provided ongoing teacher consultation and training in classroom management techniques and social emotional skills training.

Comments are now closed for this article.

Your ticket for the: Understanding and Dealing with Children Who Refuse or Avoid Going to School: A Cognitive-Behavioral Approach

Understanding and Dealing with Children Who Refuse or Avoid Going to School: A Cognitive-Behavioral Approach