It is with great pride that NJCTS announces a research breakthrough and a National Institute of Mental Health grant of $10 million for our research partners around the world to continue to lead the way in finding causes and treatments for Tourette Syndrome.  In May of 2017, our team was the first to discover four genes that contribute to TS. The team’s most recent findings into what may cause Tourette Syndrome were published in September of 2018.

Thank you for your continuing support of NJCTS and our worldwide effort to enhance the lives of all people living with Tourette Syndrome. 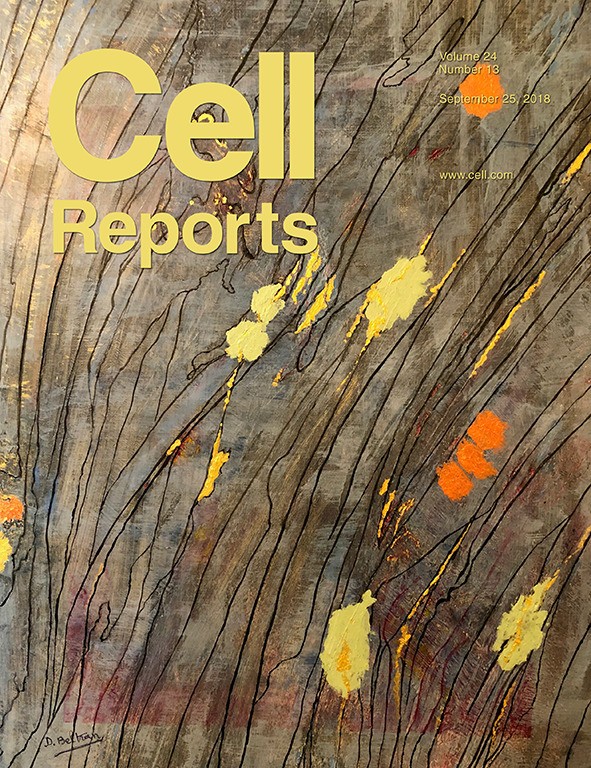 SOMERVILLE, NJ (September 27, 2018) – In a new study published in the journal Cell Reports on September 25, scientists identify a new high-confidence Tourette risk gene as well as two probable risk genes. The revelations from this ongoing research – a collaborative effort among NJ Center for Tourette Syndrome (NJCTS), Rutgers University and scientists around the world – will help to unravel causes of Tourette Syndrome (TS) which could help guide effective treatment options. For the past 11 years, NJCTS families have been donating DNA samples to the study in hopes of advancing the cause for treatments and a cure.

According to Dr. Jay Tischfield, MacMillan Distinguished Professor of Genetics at Rutgers University, CNVs change the structure of segments of DNA, either through duplication or deletion. “We discovered that CNVs occur two to three times more often in children with TS compared to those without,” he said.

Additionally, the reoccurring damaging mutations in CELSR3 in different families, as well as observation of new mutations in other genes involved in cell polarity, provide additional evidence for how brain development is disrupted in TS.

“These two significant findings provide a framework for future research into the causes and treatment of this remarkable and peculiar disorder,” said Tischfield.

Tourette Syndrome – a neurological disorder linked to problems in the basal ganglia, the part of the brain responsible for voluntary motor control, procedural learning and eye movement, as well as cognitive and emotional function — is characterized by uncontrolled vocal and motor tics. It is often accompanied by co-occurring conditions, such as anxiety, obsessive-compulsive disorder or attention deficit disorder.

Tischfield and Dr. Gary Heiman, associate professor in the Department of Genetics in the School of Arts and Sciences, lead the Tourette International Collaborative Genetics (TIC Genetics) study – the largest and most comprehensive genomic analysis conducted – that includes scientists and clinicians from the United States, Europe and South Korea.

The research began in 2007 when Rutgers collaborated with NJCTS to establish the NJCTS Cell and DNA Repository – the world’s first sharing repository for Tourette Syndrome making samples available for collaborative research on TS.

“More than 200 families at NJCTS were instrumental in launching the pilot study,” said Heiman. “Through the initial families who participated, we were able to collect samples and data to start the study and establish the first sharing repository for researchers from all over the world interested in studying Tourette syndrome.”

In 2011 the NJCTS Cell & DNA Sharing Repository was recognized by the National Institutes of Health as the federal repository for Tourette Syndrome and awarded a grant to establish 26 collection sites around the world. The goal of the continuing study is to identify inherited factors that play a role in causing Tourette and other related disorders.

The new results are the second major set to come out of the 11-year-old study, following last year’s findings that four damaged, high-risk genes may disrupt the normal brain development. That study was published in Neuron in May of 2017. Researchers identified one damaged, or mutant, “high confidence” risk gene for Tourette’s as well as three others they believe are genes whose mutation is a probable risk for the disorder. The findings were the first to establish Tourette as a genetic disease similar to other neuropsychiatric disorders like autism, where multiple genes have been identified as the cause.

Rutgers researchers and their colleagues estimate that there are approximately 400 mutated genes that could pose a risk for Tourette syndrome, which affects one out of 100 people, suggesting the disorder is as complex as autism, epilepsy, and intellectual disability.

Recently, the National Institute of Mental Health (NIMH) awarded the TIC Genetics study a grant of more than $10 million to continue their research for the next five years.

Rutgers scientists say more samples from families are needed to better understand how these and other damaging mutations lead to Tourette disorder.

“Collaborative efforts by our research team and continued support from families living with TS from around the world have changed the direction of research into the cause and treatment of TS,” said Faith Rice, Founder and Executive Director of NJCTS. “We look forward to future breakthroughs bringing us better treatments and closer to a cure for TS.”

The NJ Center for Tourette Syndrome and Associated Disorders, the nation’s first Center for Excellence for Tourette Syndrome, is a not-for-profit organization committed to the advocacy of children and families with Tourette Syndrome and its associated disorders. Dedicated to delivering high quality services to these individuals, the Center recognizes the importance of educating the public, medical professionals, teachers and families about this disorder through programs and affiliations with public schools, health centers, and universities. Visit www.njcts.org for more information.

Your ticket for the: NJCTS and Rutgers Scientists Contribute to Worldwide Study Uncovering Possible New Causes of Tourette Syndrome