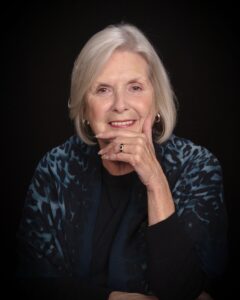 Continuing the 29-year tradition of recognizing exceptional advocates who have made extraordinary contributions to improving the lives of people with disabilities, the Community Health Law Project announced the 2016 honorees for the Ann Klein Advocate Award.

NJ Center for Tourette Syndrome and Associated Disorders, Inc. (NJCTS) is proud to announce that Executive Director Faith W. Rice was selected as one of this year’s recipients for her efforts to build a collaborative network of support and services for the Tourette Syndrome community. Rice’s grassroots efforts in Tourette Syndrome advocacy trace back to when her son was diagnosed with the disorder more than 20 years ago. Today, NJCTS is the nation’s first Center of Excellence for Tourette Syndrome and promotes collaboration and partnerships among individuals, universities, hospitals and other resources to provide services and support for the 1 in 100 children and their families affected by TS and its associated disorders.

The Ann Klein Advocate Awards are named for Ann Klein, former Commissioner of the New Jersey Department of Human Services, who was instrumental in establishing a community-based system of care for people with mental and physical disabilities. Other recipients of the 2016 Ann Klein Advocate Award were Julie Doerrman, Program Coordinator, Recovery Network for the Deaf, Hard of Hearing, and Hearing Loss Center for Family Services; Military Family Support 360 Project at Joint Base McGuire-Dix-Lakehurst; Joe Young, Executive Director, Disability Rights New Jersey; and Wakefern Food Corp. Winners were announced at a ceremony held at The Wilshire Grand Hotel in West Orange, NJ on October 27. Past honorees have included legislators, scientists, advocates, corporate leaders, reporters, and entertainers.

For more information about NJ Center for Tourette Syndrome and Associated Disorders, Inc., please call NJCTS at 908-575-7350 or visit www.njcts.org.

Your ticket for the: Faith Rice honored as recipient of the 2016 Ann Klein Advocate Award