To mark the occasion of June 4 as Tourette Syndrome Awareness Day in New Jersey, NJ Center for Tourette Syndrome and Associated Disorders (NJCTS) celebrated with a virtual awards ceremony were they awarded college scholarships, recognized the top walk teams, awarded the Youth Advocates of the Year, and announced the Educator of the Year. 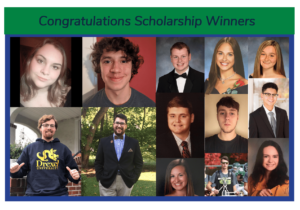 This spring, NJCTS conducted their virtual event: NJ Walks for TS. Typically, several families participate by creating their own local walk event to raise awareness and funds for TS. The current COVID-19 pandemic put a stop to in-person events but that didn’t stop the determined team captains from reaching out to their networks to continue their efforts. The top five walk teams are Frank and Friends, led by Frank Yingling of Medford Lakes, Trabilcy Tackles Tourettes, led by Sofia Trabilcy of Flemington, Team Jatin, led by Jatin Nayyar of Morganville, and Team Levitt, led by Dylan Levitt of Randolph. Also on board this year were sponsors Dietz & Watson, Black Bear Brand Deli Meat, Asurion, Walmart and Wawa.

Youth Advocate of the Year awards were presented to the graduating advocates in recognition of their contribution to making a difference in New Jersey’s Tourette Syndrome community. NJCTS Youth Advocates are dedicated to improving awareness and breaking the stigma of TS by educating the public, medical professionals, and educators, and by supporting kids and families living with TS. Youth Advocates receiving the award this year are Riley Burke, Dominic Dominguez, Rachel Flynn, Jacob Gerbman, Jatin Nayyar and Evan Patiño.

“We are immensely proud of these young men and woman and all that they have accomplished,” said Faith Rice, Executive Director of NJCTS. “They have shown that TS does not have to hold you back. Thank you to their parents who have raised such wonderful children who have grown into strong leaders in our community.”

The 2020 Educator of the Year is Tara Loughlin, a second grade teacher 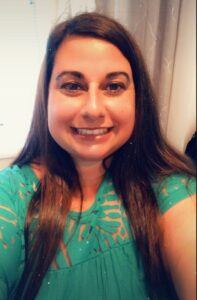 from Wemrock Brook School in Manalapan. Loughlin, who is from Howell, was nominated by the parents of Dylan Straley. When Dylan was in second grade, Loughlin went above and beyond to make him feel comfortable and accepted, encouraging him to focus on his strengths and embrace his differences.

“My family is forever grateful for this truly altruistic woman,” said Tracy Straley, Dylan’s mom. “She was a blessing for my family during the most challenging time of our lives.”

Your ticket for the: NJCTS Celebrates TS Awareness Day with Virtual Awards Ceremony