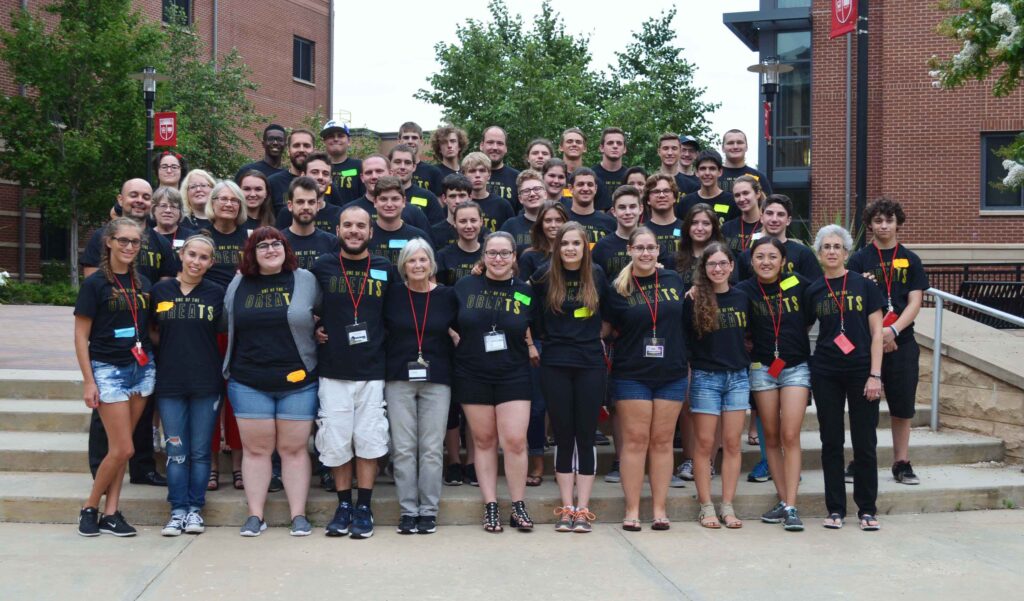 The NJCTS Tim Howard Leadership Academy empowered a new set of leaders in the Class of 2016. Each of the 27 participants took part in an intensive four-day training promoting self-empowerment, self-leadership, and resilience—all important skills to succeed while living with Tourette Syndrome.

Tourette Syndrome (TS) is a neurological disorder characterized by uncontrollable movements known as tics. As many as 1 in 100 people show signs of TS which is frequently accompanied by other disorders including ADHD, OCD, and learning disabilities.

Created in 2014 in partnership with superstar goalkeeper and TS advocate Tim Howard, the Academy is the only leadership program for teens diagnosed with Tourette Syndrome in the nation.

The 3rd annual Academy took place at Rutgers University from August 4-8 and emphasized the biological, psychological, and social components surrounding a TS diagnosis. Leading TS experts from area Universities including Rutgers, Yale, and the University of Pennsylvania led presentations and workshops throughout the program. Participants had the opportunity to learn from the neurologists, geneticists, psychologists, and social workers and were able to ask their most burning questions about their diagnoses.

“We want them to leave as experts, ready to face a public who is misinformed about TS,” said Leadership Academy Director Melissa Fowler. “They have a unique opportunity to learn more about their diagnosis from our expert presenters.”

Each of the participants—who hailed from New Jersey, New York, Pennsylvania, Maine, Tennessee, North Carolina, California and Ontario, Canada—contributed thoughtful questions and were eager to share life-skills tips with one another. They were assigned to teams led by coaches—successful young adults with TS.

“It means so much to teens to engage with coaches and presenters who are the ideal role models,” said NJCTS Executive Director Faith W. Rice. “Learning from others who are living successful lives with a TS diagnosis is invaluable.”

In smaller “Team Talk” sessions, personal, powerful, and emotional discussions continued. Additionally, participants and coaches worked on their contributions to the final project. The Class of 2016 contributed to an “owners manual to life with Tourette Syndrome” which will be published as an ebook on The GreaTS website (standwiththegreats.org) later this year. The GreaTS is a worldwide anti-stigma campaign which provides support resources to individuals living with TS who may or may not have access to services and support.

Throughout the course of the Academy, participants spoke of resilience and leadership and defined personal goals for themselves. With the lessons and skills they gained, this class will step up to be the voice of awareness in their own communities.

Your ticket for the: Academy Empowers New Class of Teen Leaders