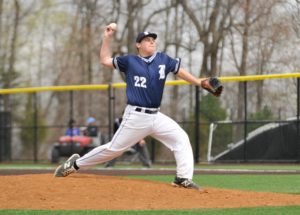 At ten years old, I was diagnosed with Tourette Syndrome and it has had an impact on my life at first. Being so young, I did not really understand what Tourette Syndrome was, or what I was diagnosed with. It made it a little difficult to communicate with friends and let them know exactly what I was doing or why I ticced. One of the things that I wanted to do when I grew up was to learn more about Tourette Syndrome so I would learn more about me as a person. I moved to New Jersey two days before the start of my freshmen year. At the start of junior year, my mom found out about the [NJCTS Tim Howard Leadership] academy and it was an awesome experience. It helped me learned more about myself as I learned a lot more about TS than I previously had. The time I had at the academy left me feeling great that I finally understood who I was and I could explain to people about TS. I explained what TS was to my friends who were curious and I ended up becoming a youth advocate for TS. During the first couple months of school, I attended a presentation and answered questions for the students about TS. I have also attended two TS walks. I have recently been accepted to the academy again and look forward to attending it. Tourette Syndrome has had such an impact on my life that I do not believe I can imagine my life any other way. My letter for college was about Tourette Syndrome and how it had affected my life. I have been accepted into all but one of my colleges and have received the presidential scholarship at every university. Tourette Syndrome is, and will always be a part of me. It does make certain things interesting such as school and sports but it invites me to see new things. In school, I do well and I get to have extra times on my tests when it is needed. While there are some negatives, the positives outweigh the few negatives by a lot. I have made many new friends through the academy and other places and my knowledge in general has increased.