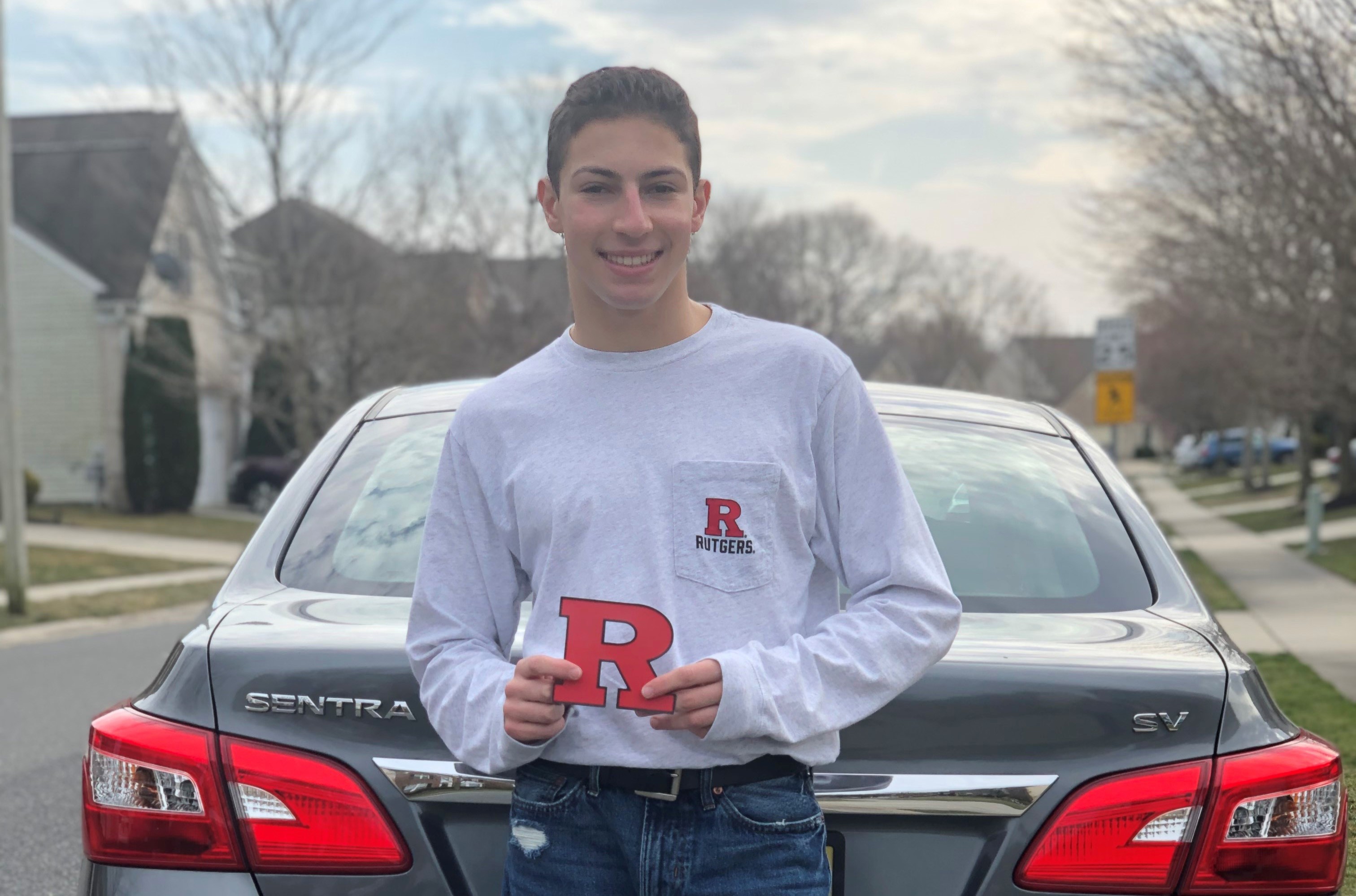 This is the essay submitted with his application.

My frail body trembled in my desk. I was unsure why but I could not stop producing loud squeaking noises as the rest of my class was silent taking a math test. I gritted my teeth and attempted to stop, but it was no use. My teacher hollered my name, followed by everyone turning and staring at me, their piercing eyes making my palms sweat.

“Stop being disruptive and making weird noises!” he shouted.

Everyone seemed confused as to what he was even talking about because the majority of the class was not paying attention to my constant noises, but I sure understood exactly what he said. School dragged on for years that day. When the bell finally ran, I propelled home with an uneasy feeling in my stomach.

When I got home, just like any other day, I was dawdling by myself recounting the day; fourth grade was as challenging as everyone said. As per usual, my mom was out back chatting on the phone. The faint sound of her voice came to an end and I knew she would be coming back inside sometime soon. The door opened and she shuffled inside, a concerned look on her face as opposed to her usual plastered on smile. Approaching me, I knew I had done something wrong.

“I was just on the phone with your math teacher. He says you keep making noises in class and you are always moving.”

I knew exactly what she was talking about, but I did not want to accept it.

She continued. “It’s time to see a specialist.”

Later that month, my mom, her boyfriend at the time, and I took an hour drive to some random doctor’s office. The examination room was cold and unwelcoming, typical to any room at a doctor’s office. The appointment itself was not long at all, hardly important to recollect much of it anymore. All I remember is the doctor stating I, in fact, did have Tourette Syndrome. It did not seem like much of a shock at all; I just felt more defined. I was not happy knowing there was actually something wrong with me, but I felt satisfied knowing I finally had an answer to why I could not stay quiet in class.

To this day, and for my whole life, I have had various tics, switching from twitching my fingers, shaking my head, or making a loud squeaking sound every minute or so. The tic I had with me for the longest duration was constant coughing. My mom dragged me to different doctors to figure out why I had a constant, rough cough. As a result I had my adenoids removed. Did that solve anything? No, but eventually that tic passed.

Growing up with Tourette’s had my mind always moving. Reading books was always hard because my eyes never wanted to stay on one page, talking aloud came with the byproduct of stuttering, and sitting still in a desk at school was just a joke. Tourette’s definitely made me feel different. I struggled trying to fit in for such a long time in elementary and middle school that it just became tiring.

Then I got older. I began high school, continued deeper in my swim career, and made stronger friendships. I even found out two of my close friends, one who I have known my whole life and another who I recently met, had Tourette’s. Opposed to feeling different, I felt unique. I learned how to control my tics, along with feeling confident in myself. I realized it is okay to be different. I stopped paying attention to people glaring at me or anyone who made fun of my tics. I now look back on my petrified, fourth grade self, realizing how much I learned and grew from Tourette’s.

Today, I am now so thankful it has been a part of my life.