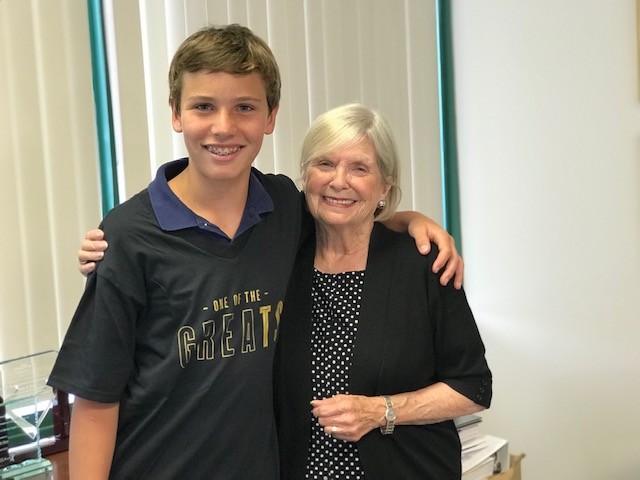 It’s Tourette Syndrome awareness month, and I’d like for you to share my family’s film about our TS journey.

Let me tell you why.

But, as a media and communication scholar, I do know a lot about how media representations of TS can shape perceptions, which ultimately impacts access to care, treatment, and accommodations.

So, imagine my rage yesterday after I posted my first (and probably only) film I’ve made when YouTube asked me if I’d like to also see “Hairdresser With Tourette Syndrome Has A Tic Attack While Doing Woman’s Hair!”

Those of you on this journey can already predict the clip. The prank video features a woman pretending to have TS to get some laughs. The comments below the video are predictable. For example, one viewer writes: “is she possessed by a voodoo doll or something? She’s screamin & going krazy.” Another notes: “I grew up with a friend that had this. Best 4 years of my childhood. Sh*t was HILARIOUS. Dude would do anything and say anything.” And, one more with: “very hilarious, but at the same time she is mocking the handicapped to make a coin…but comedy is comedy I’m not part of the new ole sensitive new age b*tches.” Of course, we can’t leave without the insulting comment of: “oh, she totally look like she has Tourette.”

Advocacy groups, caregivers, and individuals with TS have done heroic work to spread an accurate and inspiring message about the condition. However, when it comes to social media, we have a Thanos-sized foe. Despite the significant work we’ve done to advance our message, researchers have found that on YouTube, negative and inaccurate videos about TS receive more views than videos with accurate and positive information about the condition; a phenomena that suggests the public’s passive acceptance and enjoyment of an inaccurate and derogatory stereotype (Fat, Sell, Barrowman & Doja, 2011.)

Put more simply, viewers are more likely to watch a woman pretending to have TS to get cheap laughs than a film about a teen living with TS having the last laugh as he works to overcome a serious neurological disorder. The result? Individuals who are not connected to our world are literally left with the idea that TS is a joke.

Social media is a great way of spreading information; it’s also a cozy bubble where we can connect with like-minded people. As part of my job, I think about media and strategic communication almost every day, yet, I can even forget sometimes that work to combat these misperceptions is unfinished.

So, during this month let’s:

Hopefully, one day, when someone posts a new TS video to YouTube, the program will ask if they’d like to also view “Resilience: A Tourette Syndrome Story.”

Eryn Travis teaches public relations and public speaking courses at West Chester University. Before entering higher education, she worked on Capitol Hill and was the communications director for the American Association of Airport Executives. As a doctoral student, she is focused on strategic communication — specifically how non-profit organizations shape messages and integrate traditional and new media to connect audiences, combat misperceptions, and advocate for social change. Eryn lives with her husband, Bryan, and children Andrew and Caroline in West Chester, Pa.  Eryn would also like to be part of the team calling for a re-do of Game of Thrones Season 8.