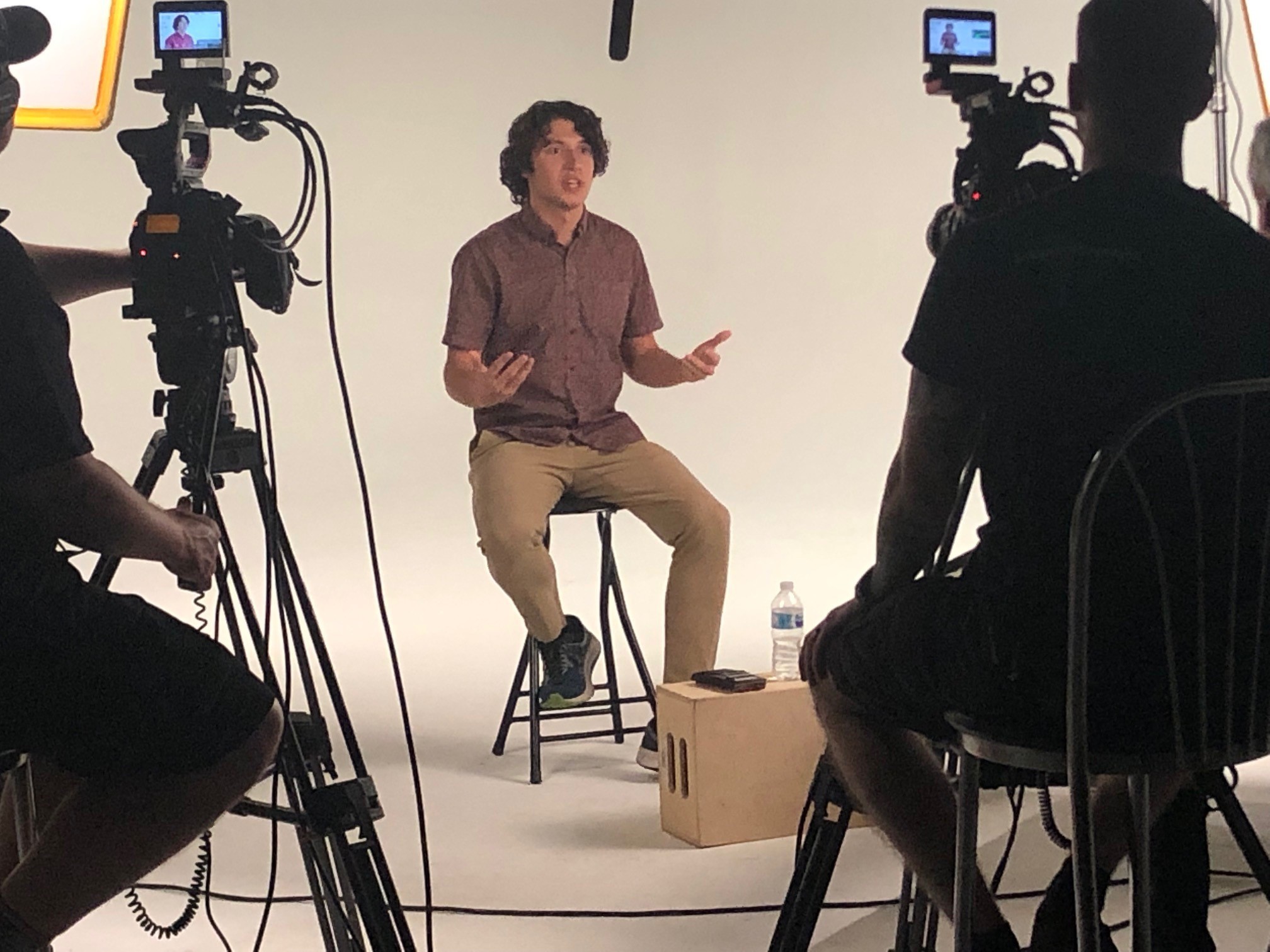 It’s not a joke. It’s not a punchline. It’s not an excuse. Those are the refrains from four Youth Advocates who live with Tourette Syndrome, a neurobiological disorder characterized by uncontrollable movements or vocalizations known as tics. The disorder is often portrayed in movies or TV as a joke, used by those with a platform as an excuse for misbehavior, or is faked on social media for attention.

“We felt it was time to make a statement about Tourette Syndrome and what it REALLY is,” said NJ Center for Tourette Syndrome and Associated Disorders (NJCTS) Executive Director Patricia Phillips. NJCTS created the series of PSAs with the help of production company Grey Sky Studios out of Rockaway. “In the last few years we have seen celebrities, politicians and even those in the news media use TS as a joke or an insult. Then there are those on social media who fake tics to get views and likes. Our kids and adults with TS deserve better than having people use a disorder they struggle with on a daily basis as fodder to gain laughs.”

The participants in the PSAs have all been outspoken advocates for NJCTS who have given presentations to students, teachers, law enforcement, and medical professionals in the past as part of the organization’s Youth Development program.

Jenna Smith, 18, of Scotch Plains believes more people need to be educated about TS. “One of the hardest things about having TS is feeling or being misunderstood,” the Duke University freshman said. “If we can take the time to educate people, I think they would be more empathetic to the situation and less likely to use TS as the butt of a joke.”

Jenna was joined by Dominic Dominguez, 19, of Bloomfield, Paige Kowalski, 18, of Plainsboro, and Mateo Acevedo, 15, of Belleville. The teens are aware of the increased use of tics on platforms like TikTok. While some on TikTok use the social media channel to bring awareness to the disorder, others use it to fake tics for attention.

“It’s not right to fake tics, bully others, or make fun of Tourette,” said Acevedo, a high school student. “And it’s not an excuse for someone else’s bad behavior.”

As many as 1 in 100 people show signs of TS or other tic disorder but many times go undiagnosed. Dominquez points out that it’s not just tics. “Every person with TS is different and fight their own battles. I was so depressed that I couldn’t get out of bed for months,” he recounted. In fact, more than 86% of those with the disorder also struggle with associated disorders such as ADHD, OCD, anxiety, and depression.

The TS community and others are encouraged to share them to spread the word. Find them on YouTube below and also on TikTok.