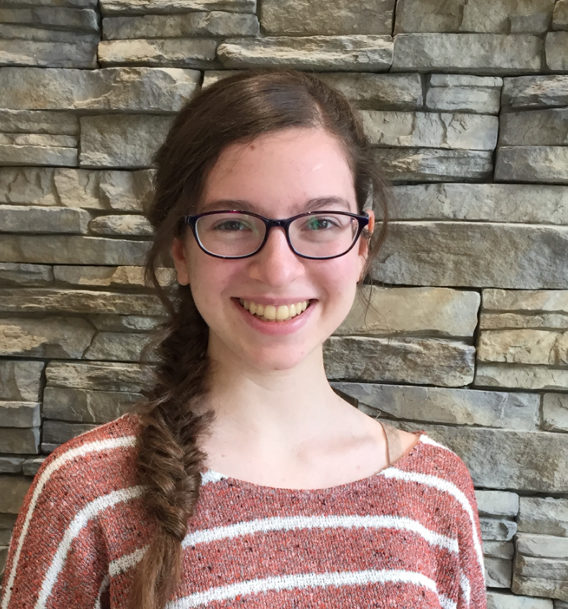 Hallie is a first place winner of the 2018 NJCTS Scholarship Award and a Youth Advocate of the Year. This is the essay she submitted with her scholarship application.

Like many kids, I wished that I had magical powers. I wished that if I blinked hard
enough, I could stop time, and if I stuck my tongue out, I could fly. If I sniffed, I would turn
invisible, and if I twitched my neck, objects would levitate around me. That would make
everything worth it. Because unlike other kids, I was already blinking and sticking my tongue
out and sniffing and twitching my neck, and I could not help it. There was no magic, and no
superpowers, just a constant uncontrollable urge to move certain ways and make certain noises.
Having Tourette Syndrome did not feel very magical.

The only powers that seemed to come from blinking were tripping down stairs and falling
off my bicycle because my eyes were closed. My sniffing had the curious effect of people
constantly asking, “Would you like a tissue?” When all I wanted was to blend in, these strange
tics immediately made me the center of attention. I was not trying to be mean or annoying, but
the kids in my class did not know that, and neither did my teachers.

This is my not-so-secret secret identity. My brain works differently than it is supposed to,
and just like an itch, my body cannot relax until I tic. But this happens over and over, every
minute, every day. As a naturally shy kid, I did my best to find ways to look normal. I sniffed
because I had “allergies” and blinked because there was “something in my eye.” I masked the
twitching of my neck, arms, and legs by stretching or reaching for something. But blending in
was exhausting, and I felt like I was lying to my friends and to myself. In middle school, I
reached a turning point. For the first time in my life, I stopped hiding and accepted my tics as
part of me. I discovered that I was proud of myself—even with Tourette Syndrome—and I
wanted to tell the world.

As soon as I realized what it felt like to speak out, there was no going back, and I finally
understood the power I have as someone who is different. I wanted to share my confidence with
other people, especially those dealing with similar issues. In ninth grade, I was invited to my first
presentation in a nearby middle school where a fifth-grade boy had Tourette’s and was afraid to
tell his class. After my presentation, he announced, “I have Tourette Syndrome, too!” In the
process of accepting myself, I had helped someone else find the courage to do the same.

I still have bad days when I wish my brain was normal. I do not always correct people
when they ask if I am sick or tell me they have allergies too. It is not because I am embarrassed
or ashamed—I just get tired of explaining myself. I have headaches from blinking too much
sometimes, and my wrists and ankles often hurt from cracking them. Yet as much as Tourette’s is
a challenge, it has helped me find my voice and realize that I never want to hide who I truly am. I
love the person I am today because of my struggles. I push myself harder because I have more to
overcome, and I care more deeply about other people because I know what it is like to feel
different. Having Tourette Syndrome has empowered this shy little girl to become a strong young
woman—an advocate, a speaker, a leader—and I would not be me without it.

So perhaps my tics do not allow me to stop time or fly or turn invisible or levitate objects,
but Tourette Syndrome has given me the unique power of finding my voice and helping other
people find theirs.