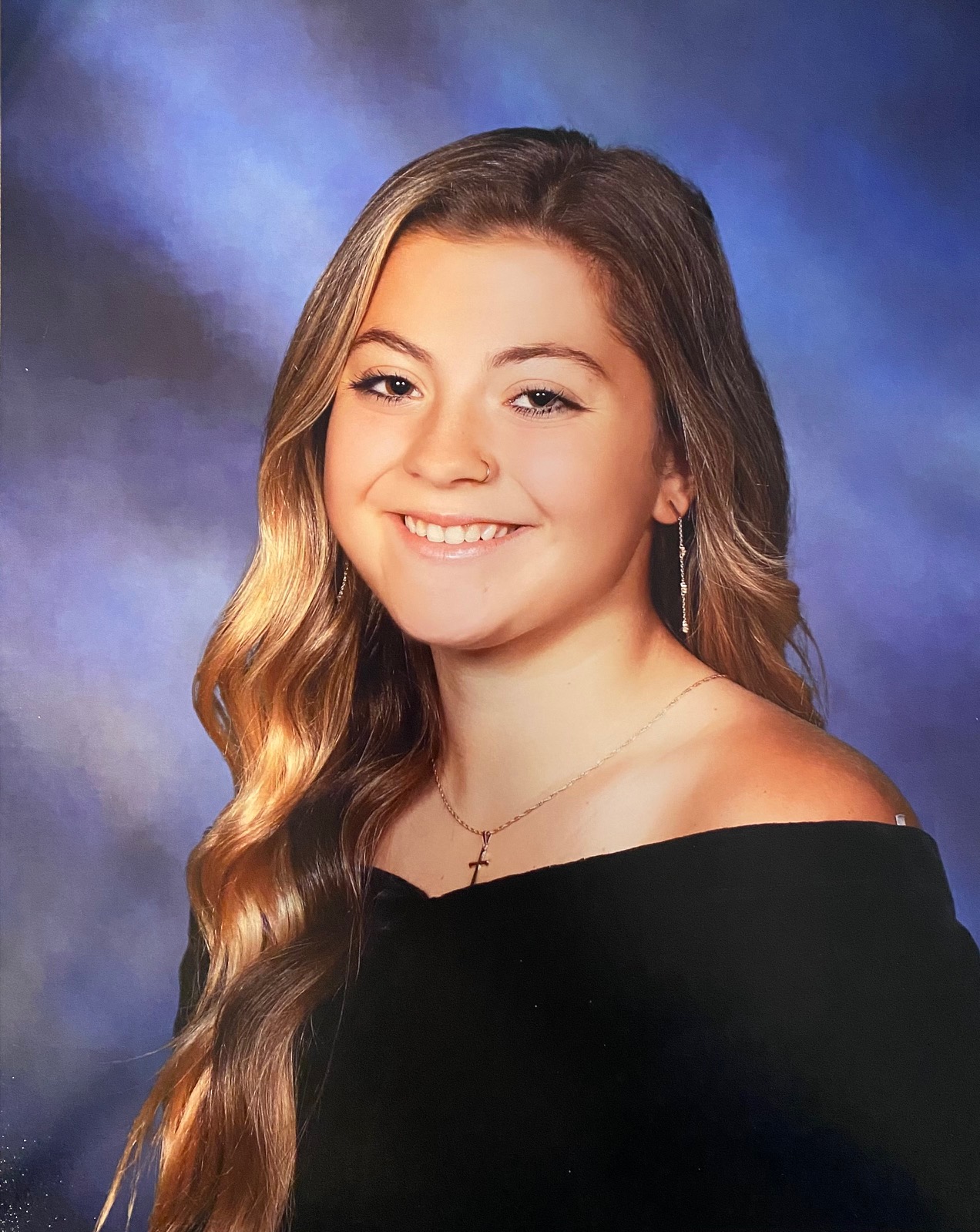 Julianna was a winner of a 2021 NJCTS Scholarship Award.

Looking back, I can recall the countless sleepless nights where I would stay up, staring at the ceiling, just waiting for my brain to calm down. Truthfully, I just needed a break. Waking up every morning sent a shock wave through my brain, it was like my body was screaming at me to not give in to that first tic when my eyes opened in the morning. I was fully aware of the fact that once that happened, the flood gates would open and it would be nearly impossible to resist them.

When most people hear the word tourettes, they instantly have a predisposed notion of your in their head. They think that there must be something wrong with you, or in extreme cases, you’re carrying some sort of deadly disease. Personally, I had quite a number of different tics growing up and each brought on its own set of challenges on a daily basis. Some were less obvious like my eyes rolling to the back of my head or the classic clearing of the throat. Others were not so easy to conceal, like making random noises that would satisfy my brain’s inherent need to overpower me. The most challenging to cope with was the way I would randomly screen at the top of my lungs. In the end, I really like to think of it as my cry for help.

I was initially diagnosed when I was around twelve years old. To this day I have such a vivid image in my head of the neurologists office that I was sitting in, and I can remember that “doctor’s office” smell like it was yesterday. The room was filled with animated images on the walls and large tanks filled with more fish than I could count. I Luckily, I was able to convince myself that it was designed to make entering patients feel just a little less abnormal.

Throughout my experience, I had the most supportive family who likened my own backbone. They picked me up when I needed it and never once let me battle on my own. In fact, that was the part that aggravated me the most. I hated how much agony and mental strain I had caused them (especially my father who also grew up with this condition). I could see that my loved ones felt helpless and I knew all they wanted to do was take every twitch, yell, and irresistible eye movement away from me.

The worst years by far took place in middle school, as if those years aren’t the hardest part of a child’s life already. TS made it almost unbearable. As children, we try our hardest to fit in with what society claims to be “typical” or the dreaded word “normal”, as if there is such a thing. If you ask any kid who has gone through the battle and daily struggle of TS, they will tell you that feeling of being “normal” is close to impossible.

Throughout my years of adolescence I would do anything I could to make myself seem a little more “acceptable” to the people around me. I would play my tics off throughout an eight hour school day with carious and calculated techniques. If I am being honest I got so good at hiding it that one may consider it a skill. I became a master of disguise. A noise tic that I would make would really just be a “laugh”, or a random sniffle or clearing of my throat would just be brushed off as, I was “sick” and I would only allow my tone to raise only if I was in an area where I would “need” to be loud. That is how I fulfilled my relentless brain throughout the day. The best and worst part of every day would be when I got home. Finally I was free and I would let out every single tic that I had just attempted to hold in for eight hours. I would sound and feel like an explosion of deafening noises from all around me. Like bombs going off in a war zone I imagine. There were days where I would come home and just collapse into my mothers arms because I would feel like I couldn’t even hold myself up from the mental exhaustion and absolute physical pain I was in. My brain was running at one hundred miles an hour and physically I couldn’t keep up. My body and brain were always on different pages of the same book pulling each other in different directions. I felt that I was playing a game of never ending tog-o war with myself. Personally, the hardest part that I think any teenager struggles with TS would agree on, is knowing we are never in full control of ourselves. As teens we all struggle to show adults how we are in control and TS stole that from me.

One day something inside me had changed, I felt this drive and desire to push myself to new limits to prove that TS does not and will not define the person I am. Admittedly, this didn’t happen overnight. Ironically through all of this somehow I found myself. I found a part of myself that I learned to admire and to thank- for grooming me into the person I have become. I know now that I can fight through anything. I have gained a new profound confidence in the person I am and I know that TS does not define my past, my present, or my future. TS is no longer the boss, I am. We do not have control over the obstacles put in our lives, but we do have control over how we handle them. I now choose to fight. I finally realized that it is up to me and whether I let those obstacles win and control me or not. The decision comes down on how much fight and how much strength you are willing to let build up inside you.

In the end if I were asked if I could take it all away, would I? Honestly, as odd as it may sound, I would tell you that I could not imagine my life without TS. TS is a part of me, it does not define me. It’s in me and always will be but through it all I finally can say it is a part of me that has been an honor to accept. It has been a gift that has shown me my inner strength that I otherwise may have never realized. TS, my worst enemy and my greatest friend all rolled into one ongoing love story.