As those of you who have been members of my Facebook page and blog for a while know, I wasn’t diagnosed with Tourette’s until I was 16. They thought of my tics as habits resulting from my anxiety and they thought that if they just told me to stop enough times then they could break these habits.

I think what it comes down to is that in the 90’s (which was when I first started exhibiting tics) even doctors really didn’t know much about Tourette’s, and neither did the general public (which includes my parents).

Since I was diagnosed with Sensory Processing Disorder and Dysgraphia in 3rd grade, Generalized Anxiety Disorder in 4th or 5th grade, and OCD when I was 15, the tics were just lumped in as habits or fidgets resulting from my anxiety.

No one really ever thought of the possibility of Tourette’s because in my parents’ minds, Tourette’s was only something that caused people to shout out swear words. Of course, they now know that only 10 percent of people with Tourette’s have swearing tics and that in reality most people have tics like mine, but they just didn’t know that before my diagnosis. 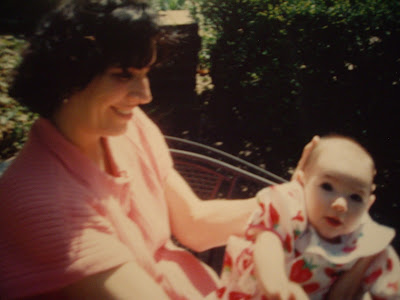 When I was diagnosed, the word Tourette’s scared them. They had only heard of Tourette’s in the context of people who shouted out swear words all the time and that definition of it by no means fit their daughter. Initially, they just couldn’t get that stereotype and they thought since they couldn’t get over the stereotype, other people wouldn’t be able to either.

So in summary, they told me that telling others that I have Tourette’s would close doors for me and that I should keep my diagnosis to myself.

My parents also hoped that the neurologist was wrong and somehow had misdiagnosed me. They still hoped that very soon my tics would go away. 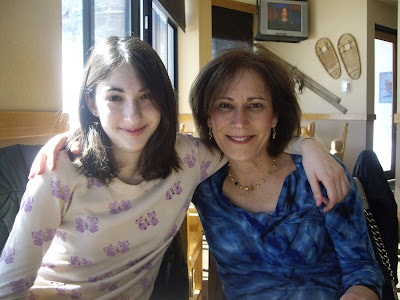 When it was clear my tics and other associated conditions were not going to go away, my dad went on one mental path and my mom went on another. My dad I think moved away from the polar extreme of thinking the Tourette’s diagnosis was going to ruin my life if anyone found out to a more neutral way of thinking. He began to accept that everyone has challenges and that this was just my challenge. He began to get over the stereotype of Tourette’s and bring this new perception of what Tourette’s is into his mind.

My dad and I don’t talk a whole lot or really at all about Tourette’s or my other associated conditions, but I we did have one good conversation about it a little while back where he told me these things and gave me an idea of where he was mentally in terms of accepting the fact that I do have Tourette’s. My dad certainly reached this level of acceptance before my mom did.

Basically, when it was clear that my tics and other associated conditions were not going to go away, my mom went into pretty strong denial. She didn’t want her daughter to have anything wrong with her. She also felt a lot of guilt because if in fact I did have Tourette’s (which I do) and had tics as a kid (which I did, a lot!), then she had in reality all this time been telling me to stop doing something and in essence criticized and punished me for that I couldn’t control and wasn’t my fault. 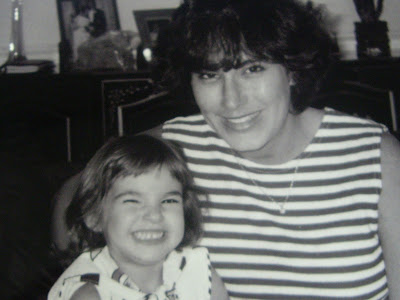 When I came back from camp, I still kind of thought there would be no way that she would ever accept my Tourette’s or my involvement with the camp and the Missouri TSA. After camp, though, I decided that even if she had a hard time accepting my TS, I wasn’t going to be afraid to talk about it anymore around her or anyone else really.

So when I came home, I didn’t shy away from talking about camp or Tourette’s with my friends or even my family. I talked about camp and my experiences there from my heart without hesitation. My new confidence about it I think is one of the things that helped my mom start to come away from her state of denial.

I can safely say that at least for now, my mom is no longer in denial, is no longer afraid to talk with me about Tourette’s, and is no longer hesitant about me being involved with Camp Twitch and Shout and the Missouri TSA. You guys have no idea how huge this is for her! Or maybe you do know, especially those of you who have gone though something similar with a parent, retaliative or friend.

I have been able to talk with my mom about camp, about the Missouri TSA and my new leadership position with the Missouri TSA (the teen/young adult group I have been put in charge of) and about Tourette’s in general. Before, almost every time I tried to talk with her about Tourette’s, she would get angry, go into a spinning denial and we would both leave the conversation upset and more often than not, in tears.

So for a while, of course, I just gave up on talking with her about anything related to Tourette’s or OCD. Now however, she is in a much better place about it. I think a few things helped her: 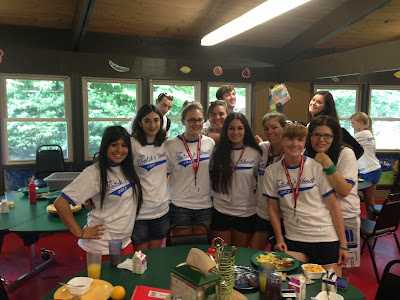 And … drum roll please … she said she loved it!! I guarantee you before camp she would have said something like, “It’s cute, but you better not wear that in public because it says Tourette’s on it.” Then I even decided the next day to wear it out and about, and my mom didn’t say a word. I know she knew I was wearing it, but she made no objection to me wearing the shirt out and about in public.

Now that is the kind of progress I have been waiting to see in her for a very very long time now. Operation “Get Mom to Accept my Tourette’s” = COMPLETE! 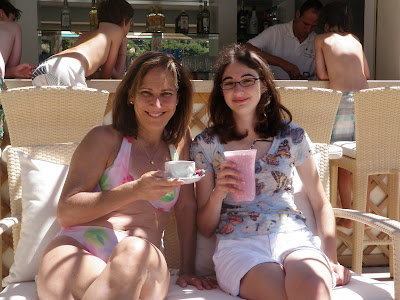 Now, she’s not perfect, and I wouldn’t expect her to be because you really can’t move from straight denial to perfect acceptance and support in one week, but where she is right now is good enough for me! If she stays where she is right now mentally about the whole thing, I would be perfectly happy with that!