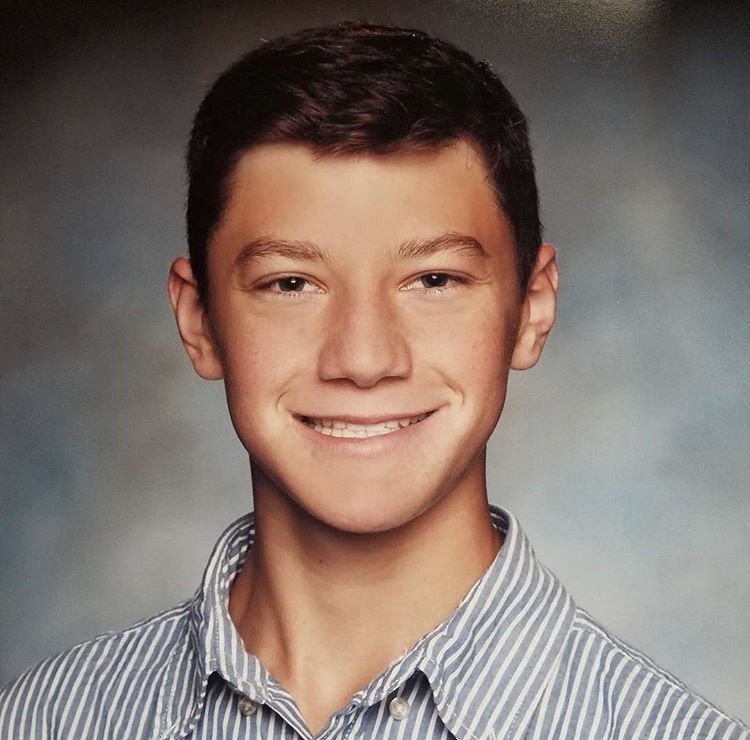 Greg is an NJCTS Scholarship finalist and a graduate of Hunterdon Central Regional High School. This was his scholarship essay submission.

Unit Lunch: 40 minutes granted to the student body to relieve stress and feel united. But after two years of eating off the gym floor, parity was the last thing I felt. This year needed to be different.

I stood at the door, waiting for the bell to ring. Mere inches from the cafeteria, I was practically guaranteed prime real estate. My eyes were fixed on the clock; anxiety flowed through my veins. Each tick got louder and louder until the only thing that consumed my mind was the rhythmic beat of the second’s hand. The opportunity to eat lunch at a table was not going to escape me again. But just as the period was about to end, kids dismissed early from gym flooded the cafeteria, occupying every table in the vicinity. The irony of the situation resonated grossly within me: it was from where I would be relegated once again that the table thieves came.

For the first few days, it was intolerable; I didn’t know if I could acquiesce to another year of broken hardwood dreams knowing others had a luxury foreign to me. But after finally coming to terms with the situation, I started thinking of ways to salvage what remained.

Inspiration manifested quickly, but the real challenge was taking action.

The idea was simple—the school’s special needs students play basketball every day during unit lunch. This was frequently the butt of jokes around campus, but I could never understand why; unlike many, they had found a way to enjoy themselves during lunch. My mission was to join them.

For days, I was afraid of playing. I could’ve been laughed at, ridiculed, and ostracized.

Questioning the outcome of my plan, I struggled to identify my motives to play in the first place. What I realized surprised even myself. For me, this wasn’t just a way to escape the gym floor, it was a way to promote diversity and acceptance throughout the school. I didn’t care about being made fun of; I was already different.

You see, at the age of four, I was diagnosed with Tourette Syndrome: a neurological disorder causing me to make odd impulsive movements and noises. As discreet as people try to be, it’s hard not to notice when their discussion surrounds you. After 13 years, I’ve embraced being different, but many others have not. Playing basketball was my way of helping them come to terms as I had.

The next day during lunch, I ran onto the court without hesitation. “You guys mind if I play?” I asked.

A symphony of voices shouted “Sure!”, and the game began. Soon, pure happiness traversed the court as elation spread from player to player. Their instinctual cheers after every shot gave me an indication that I’d done something right. The experience was so profound that the next day, I didn’t even stop to eat before taking the court.

Soon, my friends asked me why I stopped sitting with them at lunch. I told them that they had to come see for themselves, so the next day, they jumped into the game with me. Afterwards, they understood. It didn’t take long before people from all over the gym started playing; each time they joined, they learned why we took the court.

I played basketball almost every day in 11th grade, and in hindsight, not getting a table was one the best things to ever happen to me. No longer was unit lunch a dreary acquisition; it was a celebration of difference.

With the start of the new school year, many went mad securing their positions at lunch tables. Not me. I skipped the cafeteria and headed straight for the gym. This year, it’s my goal to get someone new on the court every week—whether it be a football player or an artist, there’s a difference to be made. And I’m going to make it.