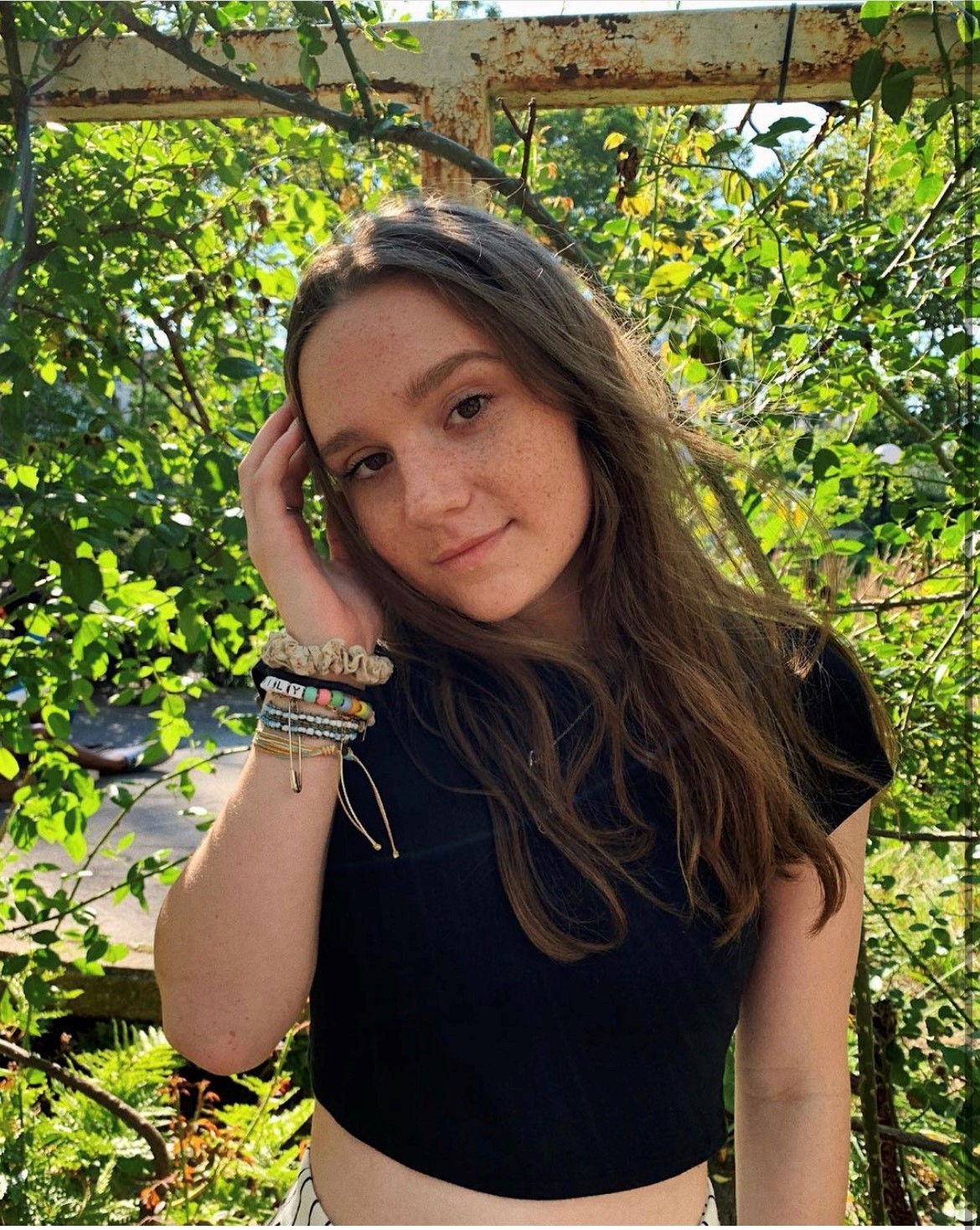 Paige was a winner of a 2021 NJCTS Scholarship Award.

“Yep! She’s got it!”, my doctor pronounced over the speaker phone as I stood in my living room. My sister, who had been diagnosed at 5, along with my parents, started cheering and hugging me. They insisted it was another thing about me they could love, not something negative. The diagnosis of Tourette Syndrome at age seven was a burden many thought would make me an introverted and shy person, but it turned out to have quite the opposite effect.

I grew up in a small, tightly knit synagogue, more like family than a religious organization, but my involvement in the community really started at age ten when I addressed the congregation with my sister. This was my first unofficial Youth Advocate presentation, suggested to me by the New Jersey Center for Tourette Syndrome (NJCTS), an organization we’d been a part of since my sister’s diagnosis. I was scared out of my mind and walked up to the bimah with my hands shaking as I prepared to talk. Speaking about myself to a large audience seemed impossible at that age, but as I talked about what this neurological disorder looked like for me, I saw my audience’s growing support of my true identity. It was at that moment when I realized that religion was about communal support and not just an old book.

After this talk, the NJCTS trained me to become an official Youth Advocate, encouraging me to speak more frequently and to a wider audience. As I turned 15, my talks were turning into more serious awareness programs, leading me to speak to teachers, medical professionals, and law enforcement officials. Before each talk my fear inhibited me less and less, allowing me to be open and honest with each audience I spoke to. Gradually, my fear of speaking in front of strangers dissipated as I became more and more proud of myself and my story. I began leading training sessions on how to become a Youth Advocate for kids like me, teaching each child in the room the importance of their diagnosis and the strength sharing their experience would give them. I listened to each attendee like my Jewish community had listened to me years before, like I was their support system and family.

As my confidence grew, I wanted to do more expansive talks outside of my area. This past March, the Tourette Association of America asked me to travel to Washington D.C. and speak to senators about a funding bill for Tourette’s research. I took this opportunity with pride; it made me realize how far I’d come, making me aware of the positive impact I had on people’s lives. As I went busily about my two day trip, I truly solidified Tourette’s as an important part of my identity. I spoke to many people about Tourette’s and how important supporting the research bill really was for us because there is no known cause or cure.

Although I was speaking to more and more people, my Tourette’s affected me severely. Many people think Tourette’s is about vocalization and yelling due to how it’s portrayed in the media, but it’s vastly different for every person. My tics manifest themselves by making me move my body in painful ways, not saying things or yelling. My tics inhibited my performance in everyday activities, but by working tirelessly to keep up with school work, physical therapy, and extracurriculars I was able to take control of my life again. Tourette’s may be considered a burden to some, but without my Tourette’s I wouldn’t have the confidence or the open minded attitude which seeing my own differences has given me. My religious identity and my Tourette’s always went hand in hand: without my Jewish community I would have never received the multitude of support I needed, as a young girl with a disability, to become the confident woman I am today.