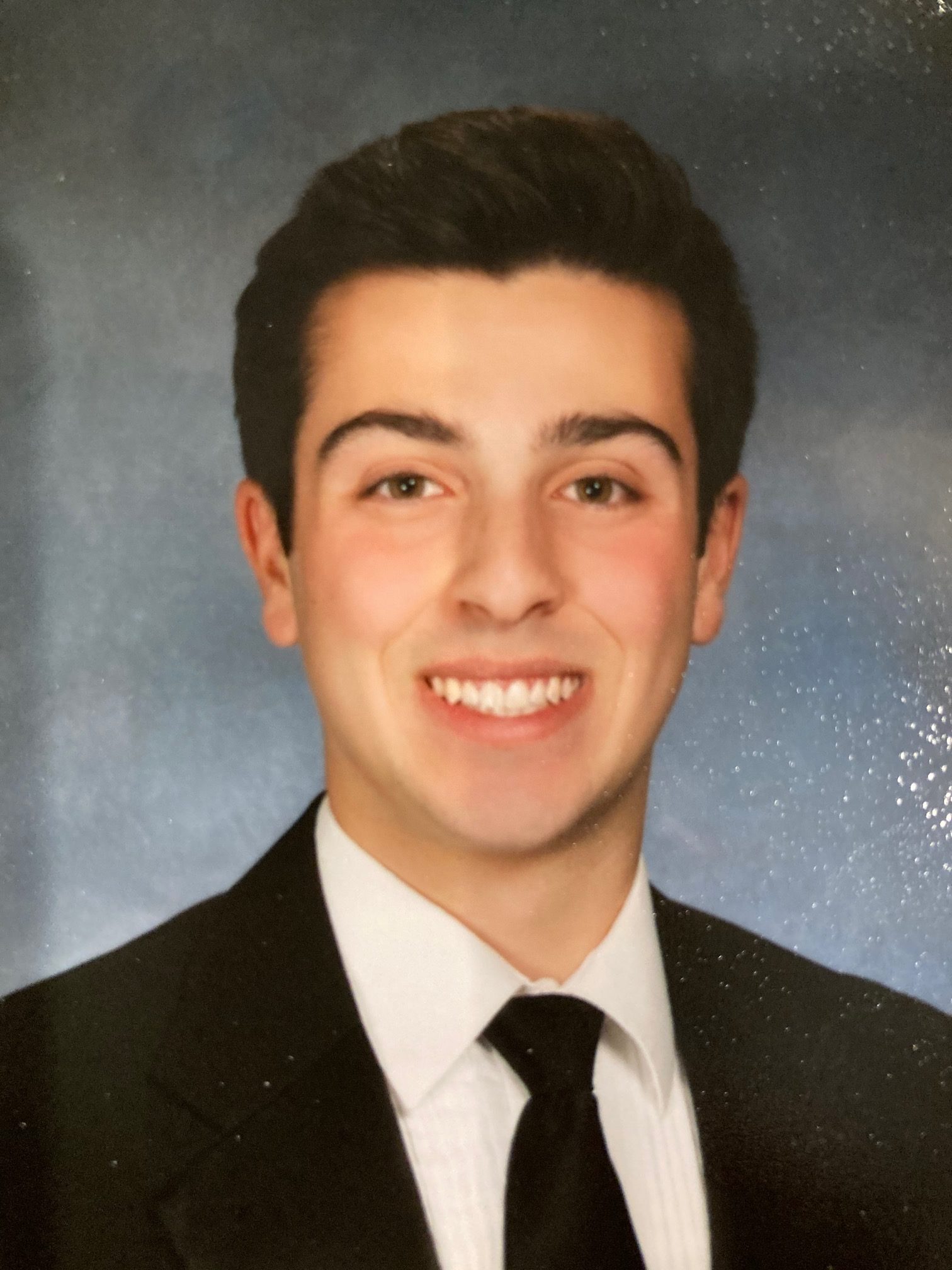 Daniel was a winner of a 2021 NJCTS Scholarship Award.

This was the essay he included with his application.

I was in elementary school when I was first diagnosed with Tourette’s Syndrome at age ten. I still remember the first day my symptoms occurred. I was eating lunch with my friend when suddenly a weird, uncontrollable sensation came over me. I rolled my eyes constantly and turned my neck to the left side. As a child, I did not understand
what exactly was going on with my body and why I could not control it. It was extremely uncomfortable and felt strange. Many doctor visits later, my neurologist diagnosed me with a form of Tourette’s syndrome which manifests itself in a motor tic disorder. That was when I learned that I could not, on my own, control the motions my body wanted to make. I was quickly put on medication and I tried several different combinations of
medication throughout the years. However, after six years of taking tic medication, there was minimal suppression and improvement.

The motor tics made me self-conscious during my elementary school years. Kids made fun of me and I hated it. Then, when my tics got much worse in high school, I became more aware of them and their negative effects on my self-esteem. My self­ esteem took a hit during my first few years in high school. The constant twitching of my eye and the strain on my neck was painful and incredibly embarrassing. I was the only kid in school with these strange, uncontrolled movements and I felt like everyone was looking at me. I also found it difficult to learn and pay attention in school because I was so consumed with trying, albeit unsuccessfully, to control my tics. There were even
times when teachers thought I was mocking them or disrespecting them by rolling my eyes and neck.

When teachers confronted me, I explained to them what was happening. My
parents helped me to practice the right words to explain my Tourette’s syndrome to my teachers. I told them that I could not help my body’s reactions and I was in no way disrespecting them. I was surprised to learn that the teachers were very understanding of my condition once they understood that I was not being disrespectful. I realized I had to communicate with the important people in my life about my condition. At this same time, my parents helped me to reach out to my neurologist because I was becoming more and more uncomfortable with the ticking. It was apparent that my medication was ineffective, and I needed my doctor’s help and guidance to decide what to do next. My neurologist referred me to a behavior reversal therapist, who would teach me how to control the tics with my mind, not medicine. I was nervous to work one-on-one with a therapist on something so personal, but I was willing to give it a try.

My therapist explained that behavior reversal therapy replaces the tic with a different behavior. I placed a lot of trust in my therapist and she helped me to recognize that my tics were triggered by stressors, like academics, sports, and social situations. I attended weekly sessions to learn about my body’s neurological response to stress. My therapist taught me how to recognize the physical urge to tic and replace it with a more discreet behavior, which made me feel better about myself when in public. For instance, if I have the urge to lean my neck left, I can breathe meditatively. When my eyes start rolling, I can relax my shoulders and close my eyes. I essentially found new, more comfortable responses to my body’s urge to tic. I practiced this at home until it became second nature. After several months of therapy, my tics were nearly non-existent and I weaned myself completely off medication.

Being able to maintain control of the tics has allowed me to be more confident in social situations and to successfully play an important position on my high school football team – long snapper. As a long snapper, any sudden movement of my head, neck or eyes could result in missing a new play from the coach or in sending the wrong signal to my teammates. Using behavior reversal therapy has helped me control my head motions to avoid this and has helped me in stressful situations. This year especially there were many stressful situations on the football field. I found myself on the ten yard line, hiking the ball back twenty feet into the endzone for the kicker to punt to the other team and get the ball down the field as far as possible. I credit my efforts in therapy to help me maintain my focus and control my tics, so that I could focus on the task at hand. I contributed to an undefeated season and helped Somerville High School football win its 5th straight conference championship in the Mid-State 38 football conference.

Learning how to deal with my Tourette Syndrome helped me to grow and improve as a person. First, it actually helped me to improve my self-esteem by teaching me that I did not have to let tics control my life. Additionally, I have learned an important lesson about asking for and accepting help. Trusting others, like my doctor and my therapist and even my parents, to help and guide me was ultimately key in my journey. I now know that when I struggle, there is always support available to me. I will always be willing to ask for the help I need and follow through by putting in the work necessary to utilize the help and support that is offered. This is a lesson that I take with me not only to college, but throughout life.