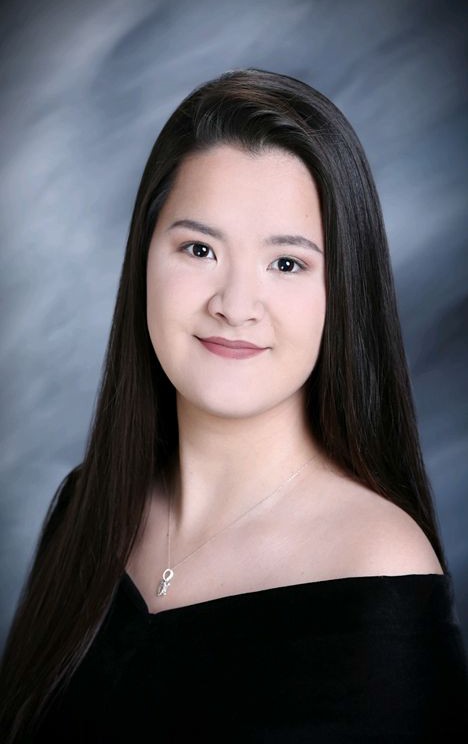 Liane is an NJCTS Youth Advocate of the Year and a 2018 NJCTS Scholarship finalist. She graduated from Paramus Catholic High School. This is her scholarship essay.

I was 9 when my mom and I got the phone call saying that I was officially diagnosed with Tourette Syndrome. But that isn’t where my story began. I was 6 months old. Sitting in the other room, playing with the pots and pans from the kitchen as usual, across from where my mom was in another room so she could keep an eye on me. From what my mom describes, I had what looked like a seizure but only in the right side of my body. Strangely, it only lasted a few seconds. Growing up, I did things I couldn’t control, for example; blinking excessively, clearing my throat, hopping as I walked, and worst of all, painfully screeching at the top of my lungs. .

Although I think of it as funny now, and have learned that laughing at myself has been one of the best ways to cope with my TS, at the time, I hated who I was for it. I knew I was different long before my official diagnosis, but what was the more painful part about it is that although at home, I was surrounded by constant love and support by my family, my classmates and teachers made sure to let me know I was different, and most importantly, that I was not wanted. Message received, LOUD AND CLEAR.

From kindergarten to 8th grade, I feared school. I’ve been bullied as long as I can remember. I can sometimes still hear the kids say, “You’re a retard” or “Idiot” or “Nobody Likes You”, or hearing the teachers say, “What’s wrong with you”, “Shut Up”, “Sit down and stop making those noises”. There was never a time I didn’t come home from school in tears and collapsing in my mom’s arms as she’d comfort me and reassure me that in the future, it would all be worth it. With the Tourette Syndrome, my grades definitely suffered in elementary school for the most part. I struggled to understand the simplest of assignments at times. I would fall behind because as the other kids would only need a week to study, I needed maybe 3 weeks, study guides, after school help and tutors. Ironic how I hated school so much at the time and yet all I had ever dreamed of was the idea of college, and the fact that maybe there, I would be accepted for who I was. Most importantly, maybe I’d find a friend.

Years passed and I was still struggling until my mom and I had a conversation that I believe was the start of my life being turned around. Mind you, Middle School had already passed, but luckily, in that time my grades skyrocketed. They consisted of B’s and A’s and I found myself on the honor roll every marking period, two years in a row. Maybe because I had found a comfort in drowning myself in my work and the satisfaction of a good grade after hard work. It had become a bit easier to cope with my TS in the aspect of not letting it control me when it came time to do homework, quizzes, tests, or projects. Anyways, one day my mom and I were talking and the topic of highschool popped up. I became scared that I’d have to deal with all my childhood bullies for the next four years. Somehow we started joking about Private School as if it was an option. I couldn’t see myself going to a Private School. Simply because I never thought I was smart enough. Sure, I worked hard, but I was no genius. Then I said to my mom in a joking tone,

“Imagine, me, in Private School *chuckles* Yeah right, what if I just applied as a joke to see if that was even possible”. Man was I in for a surprise. I ended up applying to Paramus Catholic High School. I had no idea as to what I should expect. I went to a freshman for a day to see what it was like, not having any expectations, and to my surprise, I ended up falling in love with it.

When I had first entered the building, something inside me just said, “This is it.” And I knew.

Still scared, I took the CO-OP and waited to hear back from Paramus Catholic. Fearful they would see I had TS and think, “She’s a moron, don’t accept her.” Until I came home one day after school only to find a big white envelope with a letter that said I had been accepted to Paramus Catholic High School for the Class of 2018. That summer, my mom and I had discovered NJCTS. I was shocked to see that this kind of thing existed. It read that it helped people with TS, become advocates for people with Tourette Syndrome. I thought it would be interesting but was still a little nervous. When I first arrived I put all my bags away and got settled in, then I proceeded to go downstairs where I was shocked to find everybody had Tourette Syndrome. The kids, counselors, advisors, directors and even the nurses on hand. It was the first time I ever felt that I wasn’t alone. I wasn’t weird or an outcast. In that moment, I was normal.

During that time, we talked about what it was like for each of us. Our experiences and how we would try to deal with it on our own before discovering NJCTS. I found comfort in the presentations given by these professional doctors, and therapists, and motivational speakers. I loved their advice and applied it to my life and it helped a lot. Mostly, I embraced their underlying messages: Nobody is perfect but we are all perfectly made just the way we are, there’s nothing wrong with you and nothing wrong with having TS, and NEVER apologize for being you. With this, I learned to embrace my TS. I found strength in knowing that I had friends from the academy that I could talk to and know they understood me. I went back to school and began to feel empowered by what I learned at the academy.

After my first time at the academy, I began doing presentations at schools for students about Tourette Syndrome. I would explain what it’s like to have it and how to be understanding and accepting of others. Back at school I became a completely different person. Instead of being the shy, scared girl from before who feared talking about TS and letting it constantly over power me, I was a confident, outspoken person who only considered my TS to be a fraction of my person. I even became President of my disability awareness club. I was raising money for programs that needed it to help their students with disabilities.

Like the documentary, “I Have Tourettes but Tourettes Doesn’t Have Me”, those words couldn’t have applied more to me and my new way of living. I succeeded in High School. My freshman and sophomore years were great. I was more comfortable with myself and easily transitioned into this new stage of my life. By Junior year, I accomplished one of my biggest goals, Tourette Syndrome didn’t have a chance. I was put into my first ever Honors class. I had strived for it for years and now I finally had it. My grades were great and I found confidence when talking and making new friends who didn’t think twice to accept me when I told them about my TS. My senior year I had achieved two honors classes, English and French and even an AP class in Psychology! Which brings me to now. Before I would have never thought I would get into college. So I applied to 17 because in my head “One is bound to pick me.” In my essay all I spoke about was my TS and my journey. Only to find later, I’d been accepted to every single one.

Tourettes has been a blessing. I wouldn’t change a single thing.