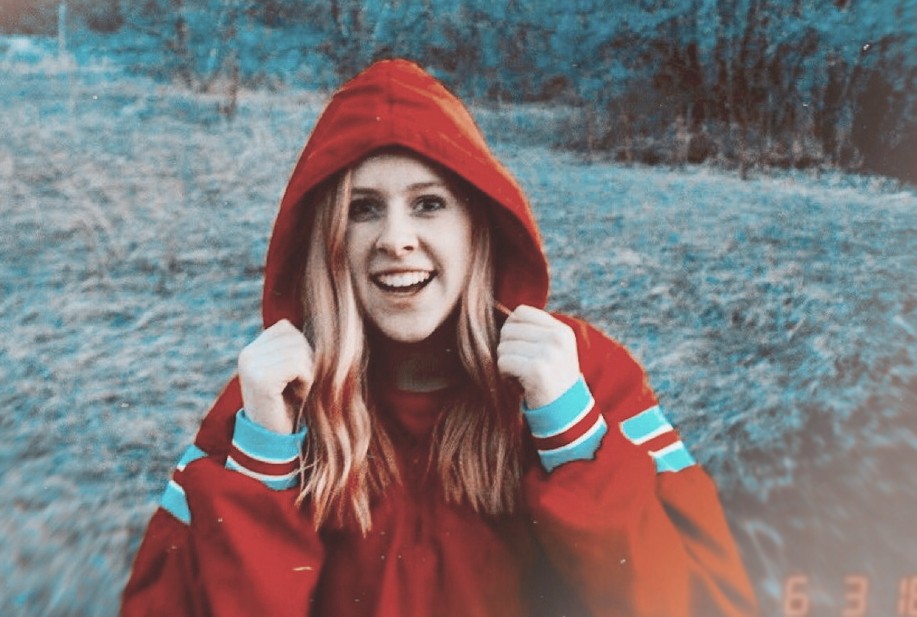 Maya was a first place winner of the 2019 NJCTS Scholarship Award.

Growing up with Tourette Syndrome, I dealt with tics, but I also dealt with ADD, OCD, and depression. In elementary school, I struggled to make friends and take tests, and I would have major meltdowns when I became frustrated with myself. School was hard. As I grew older and entered middle school, I began to see symptoms of depression. I found many negative coping skills, including self harm and drinking. I was spiraling, feeling worthless and empty.

Around the time that I was entering my freshman year of high school, I began diving more deeply into something I had always loved: music. I joined choir and realized the power that singing has to calm my tics. Music affects me so much; when I am singing, I breathe deeply and focus on the notes, words, and rhythms, channeling my energy. Singing in choir and learning to play piano and guitar helped my tics, but they also became a coping skill for me. I discovered songwriting about halfway through my freshman year, and I realized that it was my passion. Songwriting allowed me to express myself in a way that I never had before. It helped me organize my thoughts and cope with my depression and Tourette’s. I wrote songs about my sexuality, my experience with mental illness, and how I felt separated from the rest of the world.

I didn’t share my music until the end of my sophomore year, when I played an original song for the first time in front of my peers at a student performance night. The song I played was called Self Destruction, and was about self harm and self hatred. The song was sad, but hopeful. The song received an amazing response from my peers. They asked me to release music, to post it on youtube, and to continue performing. I did, and as I continued to share my music, I continued to hear people’s stories. They expressed that they felt understood when they listened to my music. One of my peers told me that I was fearless in my writing. Another one told me I inspired them to speak out about issues that matter to them. One day, one of my peers who also has Tourette’s reached out to me and let me know that I helped her through a really rough time. She said that she had been struggling a lot with self-hatred, and hearing my music, and the way I spoke openly about Tourette’s and mental illness made her feel hopeful. She said that she admired how I didn’t let tourette’s stop me from doing what I love. I felt so much warmth inside when she spoke to me. She made me realize just how much impact one girl can have, and I realized that I want to spend the rest of my life inspiring others to be themselves.

I have always hated the fact that I have tourette’s, but when I truly reflect, I think tourette’s is what has allowed me to get where I am today. It has given me compassion for others, strength from overcoming challenges, and not to mention lots of subject matter to write songs about. Rather than focus on the negative, I am choosing to focus on the fact that, without TS, I wouldn’t have discovered my love of music, and my passion for speaking out.

I am honored to have been accepted to the World’s leading contemporary music institution, Berklee College of Music, where I will spend the next four years of my life learning how to make the best music I can and so that I can continue to spread my message. It is a dream come true, and I can’t wait to see what opportunities come my way.