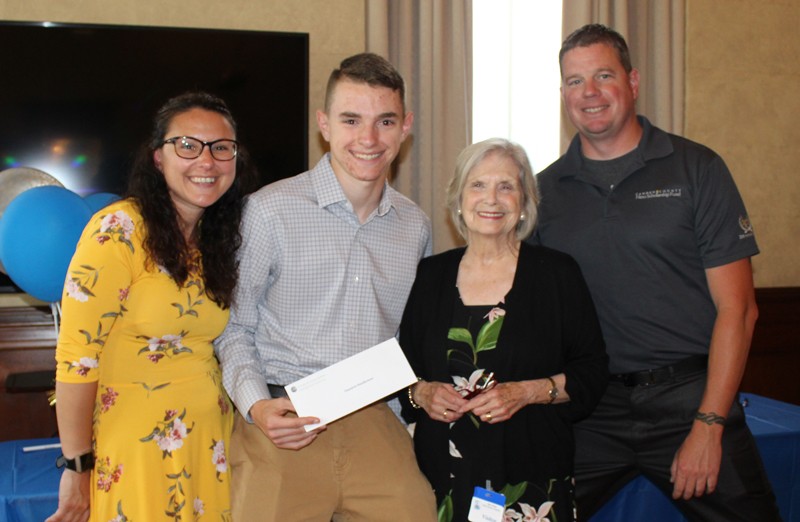 Damion was an honorable mention for the 2019 NJCTS Scholarship Award.

This was the essay included with his application.

A simple task – I just had to stand up in front of the class and give a short speech about animals to my friends. I started to twitch and blink rapidly; I could not control it no matter what I did. The teacher assumed that I was just nervous, so she allowed me to say it in the hallway. Then in second grade, I tensed up my arms repeatedly, which distracted me when I tried to focus in class. Teachers thought that I was goofing off and my family thought that I might just have a little OCD. However, the problems continued to escalate. By fifth grade, I had facial and movement ticks which accompanied the muscles tensing in addition to the bouncing of various muscles. I could not control it no matter what I did. My family finally took me to a doctor and he diagnosed me with Tourette’s Syndrome.

This was a difficult time in my life, because I was struggling in school since the ticks and movements interfered with my focus. Whenever I became stressed they increased exponentially. They tried medicine for a time, but the ticks became intolerable. Therefore, I had to go to doctors to learn how to control the ticks on my own. In addition, I started to ask for more assistance in school to help increase my confidence and attention span. Throughout high school, I pushed myself to achieve past expectations. I was on the high school soccer team for all four years and also played as a member of the bowling team for two years. I ran track for one year and participated in the high school Gaming Club. In my community, I worked at the firehouse in the Junior Academy and have been employed for the past two years working as a produce clerk at Acme. I have balanced this with all of my academic progress.

Today, I am a high school senior who intends to begin college in the fall for fire science. I plan to become a fireman and eventually enroll in the military. The Tourette’s diagnosis has troubled me at times, but I am determined to learn coping strategies, so that I am able to overcome it in my future endeavors.