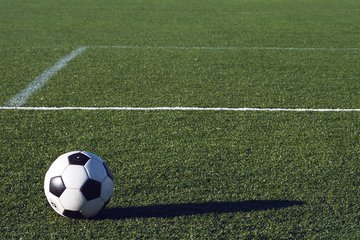 Matthew was an honorable mention in the 2019 NJCTS Scholarship Awards.

This is his essay that he submitted with his application.

My whole life growing up, I was always different from other kids. I could never place my finger on what it was, but others would describe it as quirky, weird, and unusual. However, my questions were finally answered when I was diagnosed with Tourette’s Syndrome. From that point on Tourette’s would play a major part of my life, whether it be in school, in sports, or even my own home.

Two years ago, in one of the most important soccer games of my life, it was my mistake that cost my team the game. The opposing player was dribbling the ball along the sidelines near our goal as his teammates crashed into the box. With one swift swing of his foot he crossed the ball into the center of the field, where I, the goalkeeper, was waiting to collect it. However, as the stress piled up in the final minutes of the game, I could no longer suppress the symptoms of Tourette’s. With the ball all but a foot away from my hands, I thought for sure I had secured it, but with my focus occupied with my ticks, my mind had wandered and the ball slipped through my arms. With my focus reestablished and my eyes now on the ball, I watched as a member of the opposing team tapped the ball into the gaping net which I left vacated. I will never forget the hopeless, sinking feeling I felt when I watched the ball cross the goal line, and how after all of our hard work, I had let my team down. The feeling I experienced that day serves as a reminder for me to always dedicate one-hundred percent of my focus and effort to the task at hand, and to remain perseverant no matter the circumstances.

Although at this time I bombarded myself with negativity, this experience has immensely benefited me positively today. Instead of crumbling and accepting defeat, I was driven to perform better, and work harder not only in soccer, but in life. Over the course of the next two years, I continued to train, promising myself to never make the same mistake again. Thanks to my dedication, I was able to improve and receive an All-Conference award. In addition to improving on the soccer field, this experience also drove me to improve in the classroom. After I was diagnosed with Tourettes, I felt trapped within my own mind. However, after experiencing such a crucial mistake, I realized life can change at any given moment, and I should never take anything I have been given for granted. As a result of my hard work, I was able to increase my GPA several points from tenth grade to eleventh grade, which allowed me to gain eligibility for the National Honors Society.

In addition, Tourette’s has not only benefited me, but others as well. When I first started the volunteering at the Hi-5 program, (assisting special needs children with playing soccer)  it was very overwhelming, and I couldn’t even imagine keeping up with dozens of hyper children. But after the first week, it occured to me that these kids were in desperate need of someone to bond with outside of their parents. Suddenly, I felt a strange familiar feeling when looking into the eyes of these young boys and girls. A feeling I had felt years ago when I first started experiencing the effects of Tourette’s Syndrome. A lonely feeling, at a time where I felt my only friends were my family, and the game of soccer.

However, as time passed, I grew more confident in who I was as a person, and it allowed me to realize how lucky I actually was. Instead of giving up on myself, I decided to take a step back and understand my situation. It was then that I realized that some of these boys and girls were physically and mentally unable to play the sport I had grown up to love, and I wanted to do my part to change that. As the weeks passed, it was clear to see that my efforts were making a difference, and it all became obvious that what I was doing was worth it. Children who were once too shy to talk or play soccer, were now joyfully sprinting up and down the field, yelling at me to hurry up and run with them.

Therefore, it is my hope that my service will prove to be an example for others, so that even more children can feel the relief I felt when I realized soccer was more than just a game. It is my goal to be the best leader I can possibly be to show the people around me the strength that can be found within through determination. Tourette’s has not only shown me how to be a leader for young children and peers, but it has also taught me things I didn’t even know about myself, as well as what it means to serve your community and be a good person.