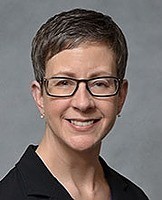 Over the last couple of generations, children have become increasingly disconnected from nature, with worrisome implications for their physical and mental health, cognitive development and educational outcomes. In this webinar we will take a deeper dive into how nature supports children’s mental wellbeing including strengthened self-esteem and confidence, enhanced positive emotion and reduced negative emotion, stress reduction, restoration, social benefits, and resilience. We will share tips for getting the most out of nature activities to promote children’s mental health.

Cathy Jordan, Ph.D. is Professor of Pediatrics and the Director for Leadership & Education at the Institute on the Environment, University of Minnesota. Cathy also serves as the consulting Director of Research for the Children & Nature Network, a national nonprofit leading a global movement to increase equitable access to nature so that children – and natural places – can thrive. As a former pediatric neuropsychologist, Cathy has had a long-standing interest in the influence of environments on children’s health and development. Cathy believes that the establishment of a strong connection to the natural world is critical to children’s development, as well as development of concern for our land, water, and atmosphere, and it is important to establish that connection in childhood.

Your ticket for the: Nature Connection for Children’s Mental Health