NJCTS > Webinars > “In These Uncertain Times”: Returning to School in an Age of Anxiety

“In These Uncertain Times”: Returning to School in an Age of Anxiety 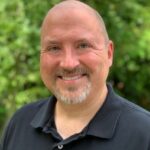 “In these uncertain times“ is a phrase that has been thrown about so frequently during our struggles with managing and adapting to COVID-19 that it has become a cliché. Even so, the situation we find ourselves in is nothing if not uncertain, and nowhere is this more evident than the question of what school will be like for our children upon their intended return to the classroom after a five month absence.

Informal talks with parents, teachers, and other constituents, as well as consultation with colleagues, have already revealed a wide range of reactions. Some children are excited to return to school. Some children have exhibited newfound symptoms of depression, anxiety, and behavioral difficulties during the prolonged social isolation that has accompanied distance learning. Some children are terrified of returning to school for fear of becoming sick. Some children with pre-existing anxiety disorders have already shown an exacerbation of symptoms when faced with the possibility of returning to a situation that they feel may be unsafe.

While none of us truly know how it will be for our children when they return to school this fall , there are lessons that we can take from the experiences of children returning to school after other significant societal disruptions, such as after the 9/11 terrorist attack. In this talk, we will examine the long-term psychological experience of children during episodes of societal disruption, including factors that are associated with a higher degree of symptoms, as well as things that schools and others can do to try and ensure better outcomes. We will cover important concepts such as psychological triage and other effective interventions that can support children who are struggling emotionally.

Comments are now closed for this article.

Your ticket for the: “In These Uncertain Times”: Returning to School in an Age of Anxiety

“In These Uncertain Times”: Returning to School in an Age of Anxiety