Somerville-based NJCTS has been a leader in education, advocacy and research since 2004. 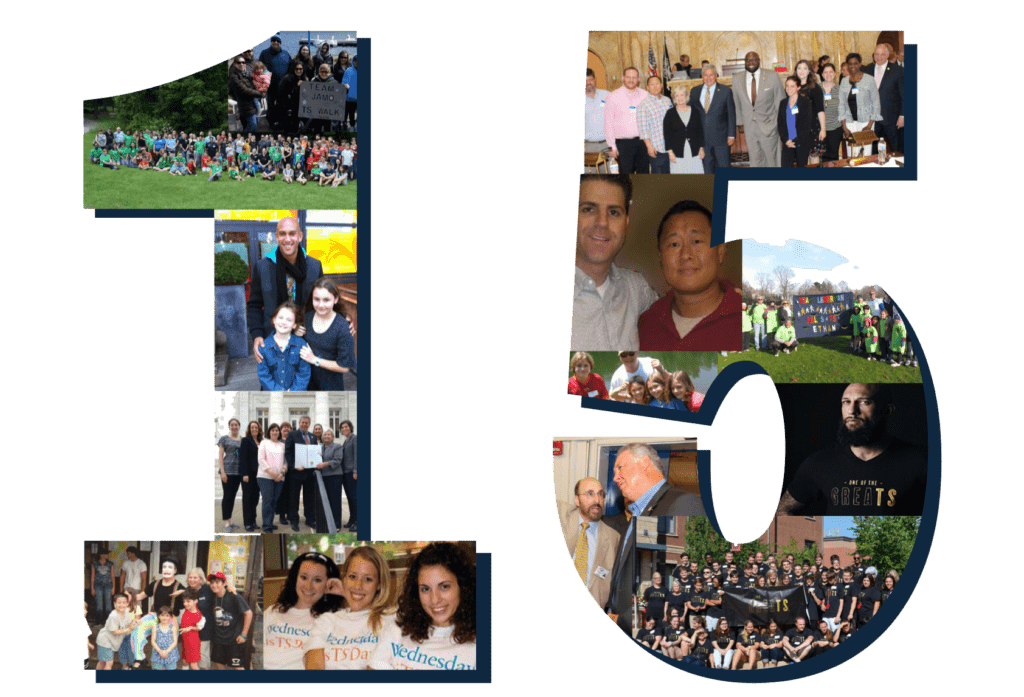 The NJ Center for Tourette Syndrome & Associated Disorders (NJCTS), the nation’s first Center of Excellence dedicated toward helping individuals and families affected by the often devastating neurological disorder, is proud to announce that it is celebrating its 15th anniversary.

For the last 15 years, NJCTS has led the nation in providing programs and services to families, outreach to the education and medical communities, and support for collaborative research into better treatments and a cure for Tourette Syndrome (TS), which is characterized by involuntary sounds and movements known as tics.  TS, which usually appears when a child is six or seven years old, affects as many as 1 in 100 children and adults.

“When we first established NJCTS, our goal was to provide support to New Jersey families needing diagnosis and services for this misunderstood and often misdiagnosed condition that can affect every aspect of an individual’s life,” said Faith Rice, Executive Director and founder of NJCTS. “Today, we continue to provide those services and have grown to be recognized globally for programming and partnerships that have resulted in first-ever research findings into the genetic causes of Tourette Syndrome.”

Through its numerous collaborations and partnerships, NJCTS has developed one-of-a kind programs on behalf of the TS community regionally and worldwide.  It has established the world’s first Cell & DNA Sharing Repository at Rutgers University, worked with New Jersey Congressmen to help draft and introduce the first federal legislation for Tourette Syndrome, founded the TS Clinic and doctoral training program at Rutgers, and pioneered the patient-centered medical grand rounds training in hospitals presented by professionals and youth affected by the disorder. And tens of thousands of people from all over the world have participated in the NJCTS Wednesday Webinar series.

In New Jersey, students, educators and parents have benefited from the School In-Service Program. Families have found camaraderie at the annual Family Retreat Weekend and through NJ Walks for TS events. Many kids and teens have been through our various youth development programs.

In addition to receiving support from New Jersey’s families, legislators, medical and education professionals, and others, NJCTS has benefited from backing by legendary, US Men’s National Team Goalkeeper and noted TS advocate, Tim Howard, who serves on NJCTS’ Board of Directors. Howard also lends his name and vision to the NJCTS Tim Howard Leadership Academy, a four-day intensive program for high school students that takes place on campus at Rutgers University.

“As the parent of a son with Tourette Syndrome, it has always been my desire to see New Jersey’s kids, parents and families receive the kind of support they need to combat this inherited, misdiagnosed and misunderstood neurological condition,” Rice said. “Since establishing the Center in 2004, we have not only provided myriad programs and services to support the many needs of the TS community, we have also provided hope for a future of better treatments and a cure.”

NJ Center for Tourette Syndrome and Associated Disorders, the nation’s first Center of Excellence for Tourette Syndrome, is a not-for-profit organization committed to the advocacy of children and families with Tourette Syndrome and its associated disorders. Dedicated to delivering high quality services to these individuals, the Center recognizes the importance of educating the public, medical professionals, and teachers about the disorder through programs and affiliations with schools, health centers, and universities.

A New Generation of Doctors

Your ticket for the: Nation’s First Center of Excellence for Tourette Syndrome Celebrates 15th Anniversary