SOMERVILLE, NJ (November 23, 2020) — Faith W. Rice, founder and executive director of NJ Center for Tourette Syndrome and Associated Disorders (NJCTS), has announced her retirement at the end of 2020. 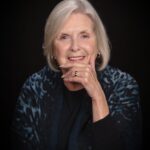 Under Rice’s leadership, NJCTS has trained more than 28,000 educators and 10,000 medical professionals through faculty in-services and Grand Round presentations. Nearly 100 psychologists have been trained at the NJCTS Tourette Syndrome (TS) Clinic, a program Rice created in partnership with Rutgers Graduate School of Applied and Professional Psychology. Youth Advocates have given over 500 presentations spreading awareness throughout the state. Additionally, with Rice’s guidance, NJCTS and Rutgers established the NJCTS Cell & DNA Sharing Repository—the world’s first sharing resource of TS clinical data and genetic samples.

She has been at the reigns of the organization since it was established in 2004, but her story began long before that.

Rice, a long-time resident of Califon, began her advocacy journey when her son was 10 years old and started having uncontrollable movements like head jerking and shoulder shrugging in addition to clearing his throat hundreds of times a day. It took 6 more years of pediatricians, psychologists, allergists and psychiatrists before he was diagnosed with Tourette Syndrome (TS). But the relief of a diagnosis was short-lived.

“I took a leave from my job to care for my son and line up resources,” Rice recalled, “but quickly found there were none – few doctors, no family support, no services or network that we could tap into. I needed to do something to bring about change and make life better any way I could.”

Rice did what you did in the late 80’s, she put an ad in the newspaper inviting those that have been touched by TS to attend a meeting. Eighty people showed up.  “I left the meeting with a handful of dedicated volunteers and a determination to bring services to families living with this devastating disorder,” she said.

That meeting was the start of a long journey to create quality programming for families living with TS and to bring awareness to New Jersey state officials which eventually led to funding from the state in 2004 to establish NJCTS –  the nation’s first Center of Excellence for Tourette Syndrome. With as many as 1 in 100 individuals living with a TS or a similar tic disorder, there was much work to be done to raise awareness and decrease the stigma associated with TS.

From recruiting a handful of teachers in the 90’s to go into New Jersey schools to educate the educators about TS, to partnering with Rutgers University and universities from around the world for the last 10 years on one of the most successful TS research project to date, Rice has led the way. Not to mention the countless hours she spent on the phone, at all hours of the day, listening to other families’ struggles and giving them the support she had so desperately needed all those years ago.

“Faith Rice leaves us with an amazing legacy to continue on behalf of families living with TS,” said Patricia Phillips, Associated Director at NJCTS. “Her perseverance to knock on every legislator’s door to ensure our families had the programs they needed and her innovation in creating those programs to empower these kids who may have faced amazing challenges like bullying and mental health issues, is truly inspiring.”

Phillips will be taking on the role of Executive Director on January 4 and will be tasked with carrying on the legacy. To make a donation to the Faith W. Rice Legacy Fund, visit www.njcts.org/donate.

NJ Center for Tourette Syndrome and Associated Disorders, the nation’s first Center of Excellence for Tourette Syndrome, is a not-for-profit organization committed to the advocacy of children and families with Tourette Syndrome and its associated disorders. Dedicated to delivering high quality services to these individuals, the Center recognizes the importance of educating the public, medical professionals, and teachers about the disorder through programs and affiliations with schools, health centers, and universities.

Your ticket for the: Faith Rice, Pioneer of TS Awareness and Advocacy, Set to Retire